How Do You Say Goodbye Forever?

It’s hard to lose a friend. But it happens all the time. Sometimes they move away. Sometimes friends lose interest in each other - a common link like a job or a hobby or a neighborhood goes away. Communication gets less and less until it’s reduced to nothing more than the exchange of an annual Christmas card. And then there are the friends who betray us. They leave quickly and we're usually well rid of them.

But sometimes friends leave when they don’t want go ... and we can’t bear to lose them.

How do you say goodbye to that kind of friend?

I met Vickie Swink ten years ago when we both attended an Economic Development class. She was working for the City of Cumberland and I was working for the State of Maryland. We lived three hundred miles apart - she in the mountains of western Maryland and me in flat marshes of the southern Chesapeake Bay. I will never forget that magnetic, toothy smile and her animated spirit. Vickie was a magnet.... always smiling. 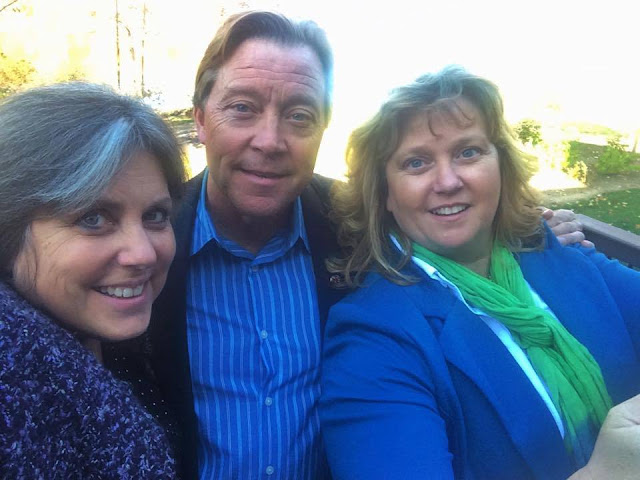 Our first conversation was all about me, as were most of our subsequent conversations. And while this is partly due to my being a self-focused attention hog, it was also due to Vickie being genuinely interested in me.... as she was with so many other people. She was never one to grab attention, and she naturally pulled out the best in people.

A year or so after our first meeting, Vickie and I became work colleagues both doing rural economic development. We practiced at opposite ends of the state, and while distance sometimes hampers the development of strong friendships, Vickie and I became soul sisters. We talked every week about work, husbands, kids, the rural landscape (snow and hills versus ocean and mosquitoes) and about people who made us crazy.

She was funny. She was optimistic. She was supportive. She was always taking care of someone and doing it quietly … humbly. Vickie was like water you pour over pebbles. She wasn’t the shiny thing that stood out. She was the support that flowed all around everything. She filled in the painful cracks and smoothed over rough edges. She made all the burdens seem lighter. She was everywhere yet not easily seen. When you needed Vickie, she was quietly there with all of her focus on you.

Vickie Lyn Swink was born in Bedford PA but lived most of her life in Allegany County, Maryland. She attended Mt. Savage High School where she played basketball and volleyball in three state championships. She later graduated from Frostburg State University with a degree in Economics. She was married to Stu Swink and they have two young sons - William and Andrew - who were the absolute focus of her life and purpose. Yesterday - at age 47, she finally succumbed to cancer.

I remember being at the PACE Conference in Annapolis a few years back. I was sharing a room with Vickie and she told me that she had cancer. She said, “I’m going to beat this thing. I have to. I have two little boys who can’t grow up without me.”  She stayed positive all the way to the end. And her mother told us that even at the end … she wouldn’t let go. She fought for every moment of life.

When life and death make no sense, and the pain of loss seems unbearable, the only thing we have left to sustain us is memories. I spent last night remembering Vickie and pulling pictures together that showed her spirit.

Here’s to you, Vickie. Here’s to a good friend, a good wife, a good daughter, a devoted mother, a soul sister and a person who spent most of her time taking care of other people.

Here's to you until we meet again.


An Education Fund has been set up for Vickie and Stu's sons, William and Andrew. You can learn more and donate by visiting their GoFundMe campaign.
Email Post
Labels: Grief What I think