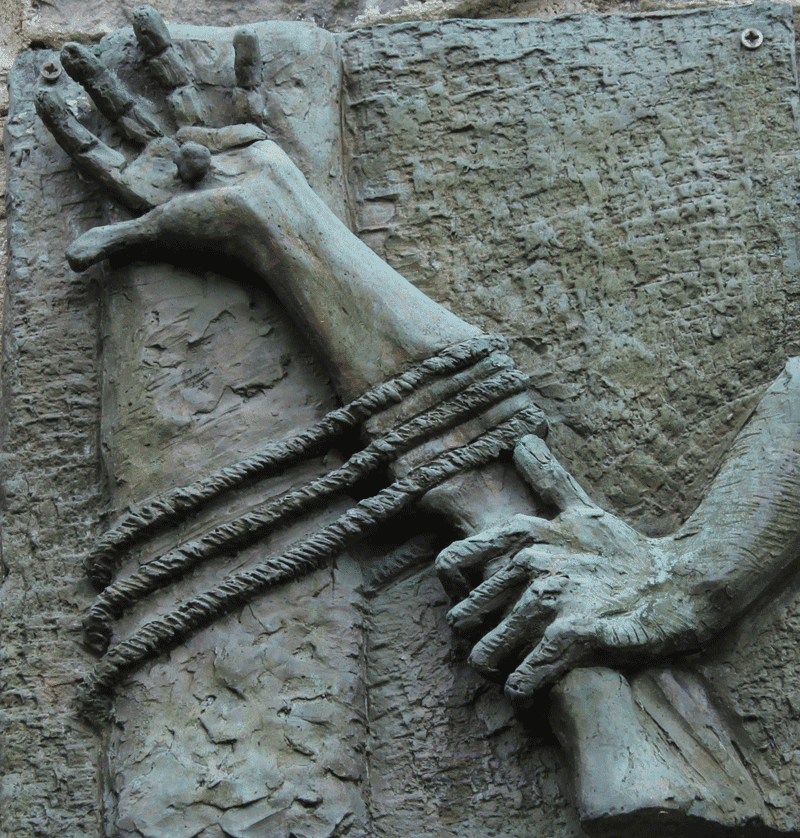 It’s Good Friday. A day that we remember death, betrayal, abandonment and everything dark in this life.

On Good Friday I always think about Jesus and his mother, Mary. Let’s face it. Plenty of people have gone through what they went through - a public execution in order to silence an voice that opposes a controlling authority. Mary isn't the only mother who has had to watch helplessly as her child was humiliated and slowly tortured to death, when the only comfort she could offer was eye contact. Many families and friends have watched their loved ones be executed by people who merely want to make a statement, to keep control, to send a message. Life is cheap to them.

We’re seeing that today in the Middle East - and that’s only because people there have smart phones. Undoubtedly this type of persecution and execution is going on somewhere every day.

So the Good Friday scene isn't so rare. Good Friday is more about the story than the actual event. Actually, it is the beginning of a story. Easter is the happy ending. 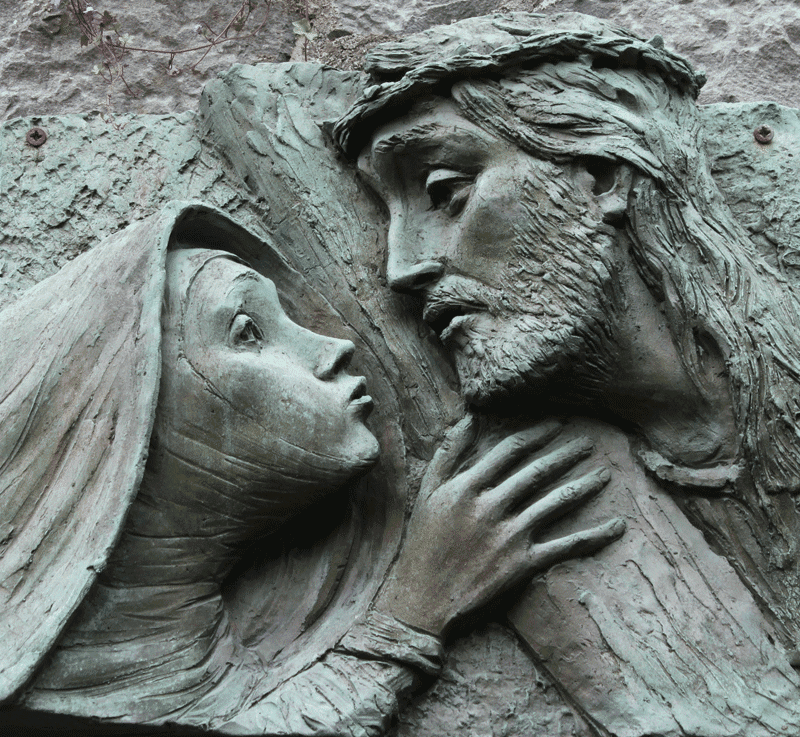 The Good Friday story happens to us all the time, though death is rarely the price we pay. Jesus was killed not for his beliefs or teachings, but because his teachings threatened somebody else’s power. It’s that simple. People who didn’t want to lose something extinguished the threat, and did so in a way that both justified their actions and terrified the community they controlled. They hung the crucifixion on the “religion” peg, calling Jesus a heretic, and then humiliated him and tortured him to death to send the message to the community that “this could happen to you too, if you support this guy.”

It’s the oldest story in the world. The same scenario plays out plays out today in churches, in the workplace, in neighborhoods and in families. The authorities threw Jesus under the bus so they could either gain power or keep power. Sometimes power is money, sometimes it’s knowledge or prestige, a better job, more influential friends, a position of authority, a public recognition. Sometimes it’s all of these things.

But Jesus took it on along with the consequences. And how he played it out and what happened later is why we keep telling the story. He didn’t fight, he didn’t pick up a flag and weapons and organize and army to say “Let’s kill these dirty bastards and stand up for the meek and lowly.” He didn’t demonize his attackers. He forgave them. He knew that his action of accepting their humiliation and death would be the final affirmation of all that he stood for - of his entire ministry. He knew it would demonstrate that he meant what he preached, and his message would live longer than he would. Not everyone has to do this, but had Jesus run, or fought back or incited violence, he would have diminished the importance of his message, possibly made a mockery of all that he stood for. So he played it out, paying the ultimate price. And the man in him became smaller than the ideal that he preached and lived.

There will always be people with power who destroy others in order to keep what they have or gain more. We will never be rid of them. But we can control one thing.

We can decide not to be one of them. That is the message of Good Friday. 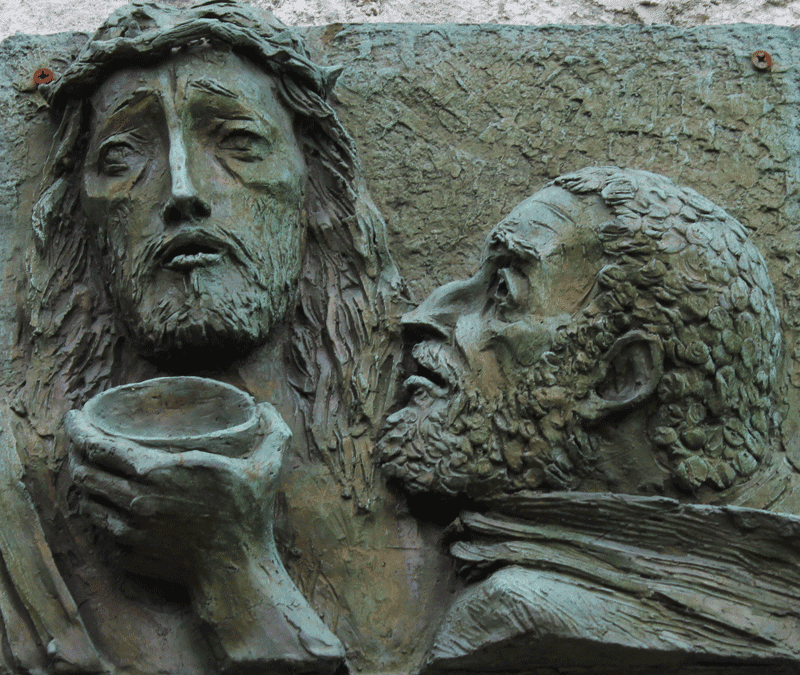 The Sermon on the Mount

The finally to the Sermon on the Mount is the real kicker.

You are the salt of the earth. YOU have the gift to bring light into the world. Don’t be misguided into believing that “bringing light into the world” is the same as judging others and standing on a soap box in order to feel the intoxicating power of being an iconic preacher of truth. Just live it and that will be statement enough.

Love one another. Love your enemies. Turn the other cheek - don’t get caught up the debate and the conflict in order to prove a point. Don’t hoard stuff for yourself shutting resources off to those in need. Don’t covet the power. Share with others and pray … pray to God. And if you can’t understand the vastness and the glory of such a supreme being, envision your God as a loving father, and talk to him as a child would talk to a parent. And don't don't don't diminish or control how others see God.

The message in the Sermon on the Mount is why I follow the teachings of Jesus Christ. But I am no longer bound by fear or worry that I’m damned if I don’t follow every little teaching of the Church, and I respect all of the other paths to God that are loving and peaceful. I don’t really think I chose to follow Jesus. I think I was destined to follow. I was born into a family that followed that path and surrounded by people who supported it. We all have our own paths to walk, and we can learn from each other. 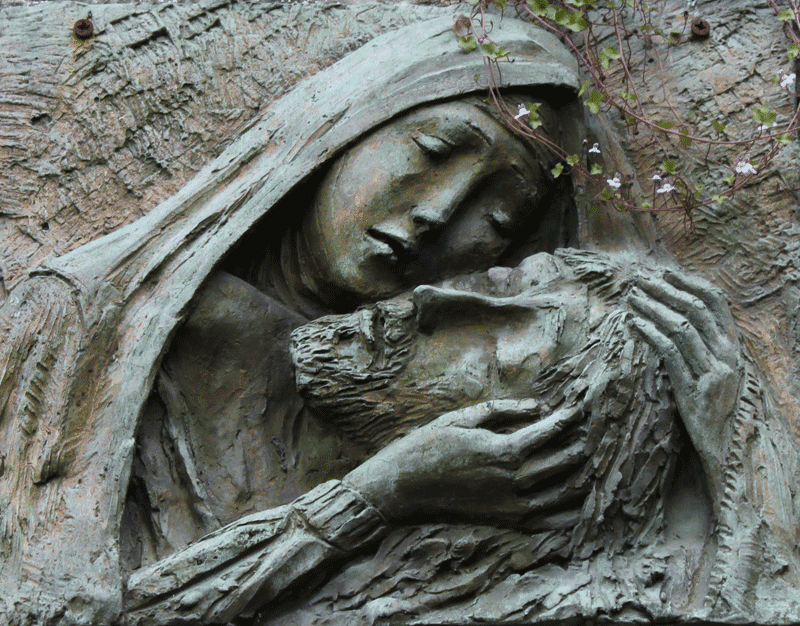 Jesus was the ultimate example of a man who walked in two worlds - this world and the eternal world. And it was from that perspective that he taught us.

So today I remember Jesus and his suffering, and though I haven’t been publicly humiliated and executed, I have been betrayed, thrown under the bus, abandoned and looked into days so dark that I thought I’d never ascend from the darkness into the light. And I’m no different than anyone else. We’ve all seen suffering. And most of us at one time or another - myself included - have been the inflicters of suffering, the power hungry, the crucifers.

In the end those who victimize the weak in order to gain power end up missing the real gift, which is love … connection … belonging. Money, fame, power - they're all misguided shortcuts that we think will lead us to that true gift of love. The violent power mongers always end up the same way - not able to trust anyone and eventually done in by themselves or the next power hungry monger who is a little bit stronger. They destroy each other in the end. And no remnant of that power goes into the coffin when they are lowered into the grave.

Hate lives too. And it can destroy love And that is why the message of Good Friday is so important. We must be able to identify paths of hate from paths of love.