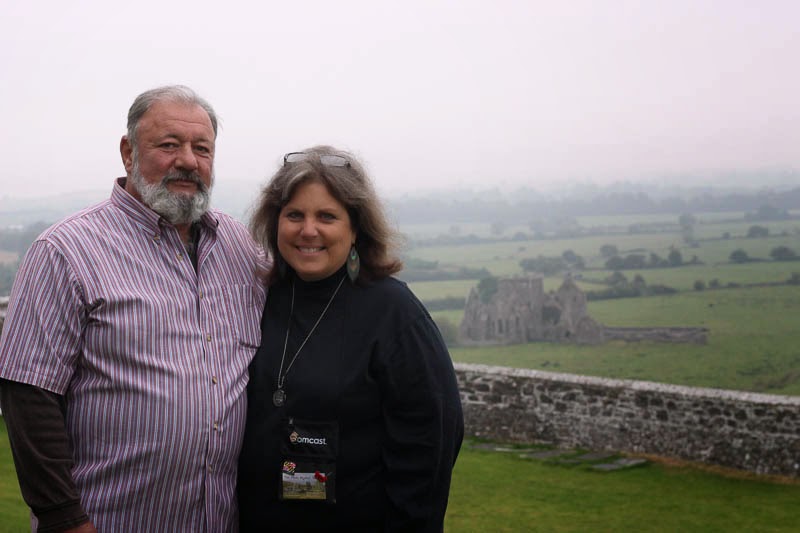 On September 18, 1999 I stood in a field lined with large oak trees and pledged to stand by Dan Burgoyne until death parted us.

The Dunloggin Pipe and Drum band opened the ceremony by marching from the parking lot, over a bridge and up the hill to the site of the wedding, then the wedding procession started with each of our six children walking up the aisle with 4-year-old Benjamin (grandson) bearing the rings.  As a brother / sister trio played Loch Lommond Dan and I processed down the aisle and recited our vows.

Just after the final blessing a sun dog (small rainbow) appeared in the sky as if to affirm our union.

We'd only known each other for three months. There were friends and family who thought our decision to marry was hasty and risky.  Though we've gone through more changes than most couples experience when they're married  fifty years, our marriage and committment to each other remains unchanged. It's a bit of a miracle, really.  Our lives are so different than they were on that wedding day. But through all the changes, we've been happy together.

And we both feel very lucky.

Young people look at marriage romantically. They see a future of being in love, doing fun things together, exploring new places, growing into new roles, building a home and family. But what they don't expect is what develops when they are busy building a life.  A little miracle occurs. And they can only see it when they are looking backward.

It's the love you don't expect. 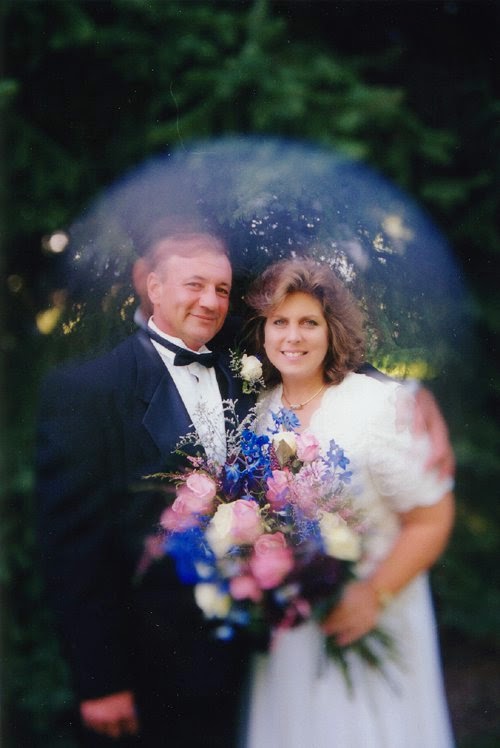 The kind of love couples have when they start out - when they're both young and virile and have boundless energy - is both exciting and overwhelming.  It's all wrapped up with hopes and dreams and expectation.  But the love that lasts and helps the two grow as one reveals itself during disappointments, setbacks and struggles. You feel it in the early stages when imperfections start to show, when you can say, "Despite those flaws, I love you still."

It would be easy to love a perfect person. But it would offer no challenge.

To me, the life worth living is the shared life where two people - as mundane as it sounds - choose to walk through life together despite the imperfections in one another because the light they see in that other person shines far brighter than any shortcomings. And that light is something they need.  The light in one feeds the need for light in the other. Over time a soul friendship develops... and that is the great reward.

So here - September 18, 2014 we are older, smarter, richer and much better friends than we were on that day fifteen years ago. But I'm still attracted to that light in you, Dan Burgoyne. I still want to wake up every morning next to you and still want to lay down beside you every night.  There will never be another who can make me laugh like you can, or whose opinion I value more.

You are the light of my life, darling. My soul friend.
Here's to many more happy anniversaries.