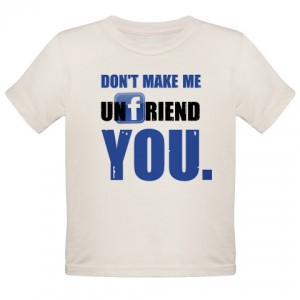 Unfriending or defriending (same thing) a person on Facebook can be costly if you're using Facebook to advance your business or cause.  Most of us have done it - and most of us have had it done to us.  Unfriending seems to stick in our minds ... if we are the "unfriended."

Unlike hiding or unfollowing friends on Facebook - where you exclude their posts from your newsfeed (and they never know), unfriending cuts the connection completely.  It's forever.

When you unfriend people you're telling them that there's no place in your Facebook world for them.  They are so offensive or obnoxious or boring that hiding isn't enough.  You've got to cut the cord, slam the door, exclude them from your circle.

Trust me, on this one.


If you're using Facebook to advance your business, unfriending can cost you. 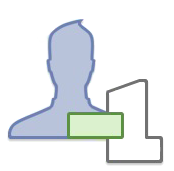 People Know When You Defriend

While Facebook doesn't officially notify the defriended, those who have been defriended usually figure it out. They'll see your name in a comment stream of a mutual friend and then will think, "Wow, I haven't seen him (or her) on Facebook lately. Then they hover over your avatar and see the ADD FRIEND button .... and then ... they know.  You cut them out of your Facebook world.

Why do it? If hiding is an option - an option that cuts the person out of your newsfeed but still keeps the connection - why defriend?

People who are on Facebook for socializing with friends, defriending may not carry a harsh consequence. But if you're using it to network for your business, defriending can be a costly action.

You hear it all the time in friendly conversation.  "She defriended me"  or "I used to be that guy's friend on Facebook.  I wonder if he unfriended me."  Then there's the awkwardness of meeting the person you unfriended face-to-face.  There's that quiet tension.  You're thinking - "Does he know I unfriended him?" and he's thinking "Hmmmm. He unfriended me."

When you reject a person (and defriending is rejecting) you should hope that you never need anything from him or her... like a referral, or a good recommendation, or an invitation to participate in an networking event, or maybe just some kind words about you in their circle of friends. In a day when peer recommendations are the biggest driving force in motivation to buy, you can't afford to alienate anyone. ... even boring, narcissistic, one-topic-posting friends who appear in your newsfeed.

In the social world this is no big deal.  But in the networking business world, it can be a killer.  You'll find yourself praying the unfriended will forget your stupidly and not trash your name all over town.

If you don't like seeing someone's posts in your newsfeed, hide the person.  They'll never know.  It's just like they're not there, and later you can undo that action if you change your mind.  There's no cost.

There's a cost to defriending.  If you're going to do it, be sure the value you get is worth it. 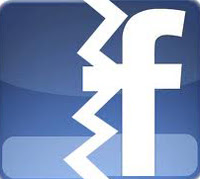 Some People Deserve to be Defriended

There are certain behaviors on Facebook that are unacceptable.  Set your standards and have a formula you use for who gets defriended.  It's easier to follow standards than to make an arbitrary decision in the midst of conflict or tension.

Reasons to Hide or Unfollow (you don't need to unfriend)


When in Doubt - Hide

If a Facebook friend has offended you, bored you or annoyed you with his posts, you're not sure if it will cost you to defriend him, just hide the him.  Unhide later... or never.  You still won't be subjected to the undesirable behavior.

PREVENTATIVE MEASURES:  Consider who you allow to be your friend.  If a request comes from someone you don't know, you've never met, or looks a little strange in her profile pic, qualify the potential friend first by sending a message.  Your social media network is an asset.  Manage it well and you'll become a magnet for opportunity.  Mismanage it and its value and its power decreases.