Amy Winehouse is Dead - and I Care 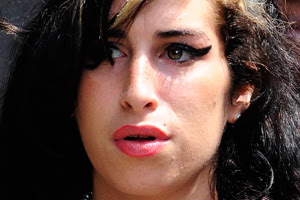 I never knew her. I'd never even heard of her. In my music collection of over 5000 CDs and nearly 5 GB of music on my iPod, there was none of Amy's music.

I never listen to the radio or watch network television, so I'm uninformed about the latest music trends. All these years I've focused on music I like - folk, or Irish or instrumental, and I missed out on new genres, so I never knew Amy's music, or anything about her behavior.

After Amy Winehouse died yesterday of a drug overdose, my Facebook newsfeed was filled with comments about her. Most agreed that a great talent had been lost. But many withheld compassion or sympathy stating Amy Winehouse was spoiled, weak, too rich for her own good and pathetic.

Several Facebook friends sent me links to Amy's music. I after listening I can see that this lady was mega-talented. She had amazing voice control, with an ability to add a style that transports the listener emotionally. That's art. And talent like that lives long after death.

I wonder if the same Facebook friends who condemned Amy in their comments would do the same to - say- Vincent Van Gough. He was a certifiable fruit loop. Cut off his ear and all, and eventually .. after rejecting lots of help from loved ones, shot himself. Do we walk into MOMA and scowl at Starry Night while muttering that Vincent wasted his talent, he was selfish and spoiled and just another pathetic artist / loser who refused to get help?

Do we throw all our Mark Twain books in the trash because he selfishly squandered his family's wealth, made bad investments, lost the big house, forced his family to have to live abroad, and emotionally abused his daughter (who was also his final caretaker) - before he finally died a cantankerous, lonely death?

Do we turn off the Wizard of Oz because the star selfishly embraced life in the fast lane and eventually OD'd leaving behind her devoted fans - and her children?

Many artistic legends …. Oscar Wilde, Virginia Wolf, Hemingway, Mozart, Freddie Mercury … All had great talent. All drove their loved ones crazy and came to sad, lonely ends. But we continue to be transformed by what they left behind. As time goes on people stop judging them … because art lives, it transcends our worldly existence, it transports us into the Divine presence … and it's bigger than the humans who create it.

That is enough said about the talent part of Amy Winehouse. Whether she's dead or alive, whether she was selfish or stupid, her art lives and has moved enough listeners to fill up concert halls and win her five Grammys.

Art is a soul to soul communication. And apparently, Amy Winehouse was a master.

She Was an Addict

All humans have flaws, and addiction magnifies them. In truth, all addicts are not created equal, and every addict's story has a different plot line. Many things in a life impact recovery. Self motivation and choice are two of those things.

I'm thinking, if you didn't know Amy personally, you should probably withhold judgement.

How Callous Have We Become?

I was surprised by the Facebook comments from what I call the "Amy shouldn't have said 'no, no, no' to rehab" group. While I respect each friend's right to express his or her opinion - and I love a healthy debate - I'm shocked that people can casually remove the human element from this tragedy, and fling out comments like candy in a parade.

She was selfish. She was weak. She wasted her life. She was spoiled. She threw it all away. We're better off without one more selfish rock star ... or the worst ...Who cares?

A young woman is dead. There are people who knew her and loved her who mourn the loss. Only they know her story. Others only  know what the media writes. Not a reliable source, that.

A light has gone out. Have we become so hardened by this pop culture that surrounds us, that we forget this was a human being…. and that "...there but for the grace of God goes you - or I?"

Try watching someone you unconditionally love - like your child, or your parent or your sibling - struggle with addiction. It's so easy to judge those at an emotional distance. People feel a sense of power when they pass judgement. It makes them feel all smart and authoritative. I draw this conclusion by being a judgmental, opinionated sort myself. But there are boundaries… I don't know enough about Amy to judge her. And if I did, I'd keep quiet for awhile - just out of respect for life and death.

To my Christian friends …

I'm thinking Jesus wouldn't have passed judgement on Amy, and he wouldn't have wanted us to either. That New Testament story about the prostitute and casting the first stone was pretty powerful. Maybe your sin isn't addiction, but you've got sin - I've got sin.

Some of the same devout Christians I've heard say, "God never gives up on you" spewed venom on the Internet about Amy Winehouse's demise.

Can you say hypocrite?

Separate the Talent from the Addiction 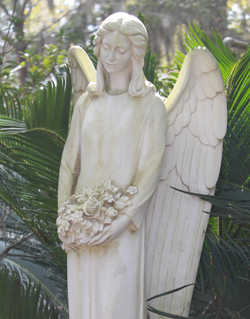 Like most great artists, Amy Winehouse had her madness. She gave us what she gave us, and that will likely live beyond her death.

Her personal life is not for me to judge.  I believe that a soul loved by a compassionate Creator deserves to pass into the that Creator's benevolent arms, without a diatribe of condemning comments from people who never knew her.

It seems as time goes by, society forgets the flaws of great artists. Destructive behaviors, craziness and selfishness become a minor part of the biography, and fruits of the artist's creativity dominate the memory.

Perahps time will be kind to Amy Winehouse.
Email Post
Labels: What I think