Guest blogger today is Antonio Granados, a retired Marine Major, father of six, native Marylander and patriarch of my Granados family. Uncle Tony is one of the best story tellers I know, and every morning there is a story or two in my inbox from him. This one of the many I thought was worth sharing with all of you. 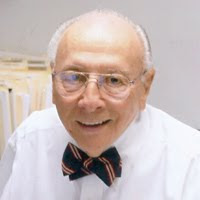 78 years ago today, March 4, 1933, I went from my home in Riverdale, MD, into Washington, D.C. to see the parade celebrating the Inauguration of Franklin Delano Roosevelt.

The parade started and, to me, it was very exciting. Talk about the
expectations from a new President! I don't think that there has ever been more expectation than what the country expected of President Roosevelt.

As an historic event it was unique, however in all honesty, I wasn't there to see the history, I was there to see the most famous cowboy of all time, Tom Mix and his horse Tony. My patience paid off. Finally, there came Tom Mix on his horse prancing down Pennsylvania Avenue with Tom waving his huge, white, cowboy hat to me and all the other parade spectators. Opened mouth, I felt I had seen god.

There were many other displays in the parade, like famous, female movie stars sitting in chairs on a slowly revolving platform. I couldn't tell one from another because they were all beautiful and with their makeup on, they all looked the same to me. I watched the parade until I got bored and then left. I saw what I came to see, so for me, the parade was over.

I went home to the reality of the Great Depression, older men selling apples on the street corners for 5¢ each and jobs, if you could get one, in grocery stores paying $14.00 a week to a married man with a family. Things were tough.....just like today.....maybe a little worse.