It's not easy to answer your question as to why I chose to make my home on Maryland's Eastern Shore when I could have chosen any location in the world. Words fail me ... but I'm going to use a whole lot of them in the answer I provide. I hope by the time you finish reading this, you'll understand - not only why I moved here - but how "a place" can call you.

In 2002 Dan and I were both out of work, our children were grown, and at 40-something, we had a wide open future with nothing but choices. We chose to leave suburban Maryland and live in Somerset County where the total population was less than that of the four square miles surrounding our house.

I could try to explain why I'd live where I have to drive 18 miles to the nearest thriving center of trade - a Super Wal-Mart. Why I would live in a place where 80% of the local families had been there since the British colonization ... and this gives new meaning to the word tribal. I admit that - yes, we knew that we would always be outsiders here, and it's hard to articulate why we would permanently separate ourselves from those cosmopolitan hubs of culture and opportunity - Baltimore and Washington DC. Why we’d allow such geographic distance between us and our close family and lifelong friends.

My son, Daniel left the hub too, and he still begs me to move closer to him in Front Royal, Virginia. The boy loves his home on a mountain-top and the rough beauty of that region where he's surrounded by vistas of the Blue Ridge, bordered by the mighty Shenandoah River that snakes past the foot of his mountain. He thinks it's environmental beauty and the palpable sense of heritage that keeps me on the Eastern Shore ... and Front Royal has that. He doesn’t understand why he and his girls aren’t enough to pull me away from the Shore - that vast wasteland – holding nothing for his mama that really matters.

Occasionally, I remind Daniel that if we hadn't moved to the Eastern Shore, he'd have never met his wife. When Daniel left home to join the US Marines, we lived in central Maryland. When he returned home four years later, we'd lived right next-door to Amber's family. One day Amber came home to visit her parents in Marion Station… and she never left ... that is until they left together as husband and wife with their twin daughters to new home in Virginia. “The Shore gave you Amber” I tell him.

Admittedly, adapting to rural life was difficult. Sometimes it's a struggle to live in a community that is so in your business? When local law enforcement pulls in your driveway, it's all the talk. It took me two weeks to quell the small-town curiosity when a sheriff deputy, knocked on my door - not to serve papers or arrest me, but to tell me my dogs were loose. Evidently, he knew my dogs. So during the next week's errands to the post office, the convenience store, and the bank - I was careful to steer the conversation in a direction that covered why a sheriff’s vehicle was in front of my house. "Oh, those crazy dogs. Can you believe it? Out terrorizing the neighborhood again."

My family and friends can't believe I want to live where a mosquito is more likely to kill you than a criminal, and front page newspaper headlines read "Boy finds $300" ...or where snakes appear under your porch in the summer, feral cats travel in herds, where you are likely to see between 10,000 and 50,000 live chickens in a given week, and where just about everyone - I mean everyone - owns a gun.

Don't bring your designer clothes or pricey cars and boats here either. People consider such things wasteful. A local farmer, whom I knew to be quite wealthy, told me, "I see those guys down to the Marina in their designer clothes. I bought my shirt at the Wal-Mart for $10. This boater bought his shirt in Baltimore and paid $50. The way I see it, we both got new shirts, but his has a little man riding a pony on it ... and I've got forty extra dollars."

Dan Burgoyne says he'd like to live in Montana or Ireland or Nova Scotia. But those are just fantasies. He'd really most like to live where I live, and if I said "let's go" he'd pack the car and follow me anywhere. So when I have such a cooperative partner who'd gladly move to any romantic destination I suggest – why would I limit myself to Maryland's Eastern Shore? 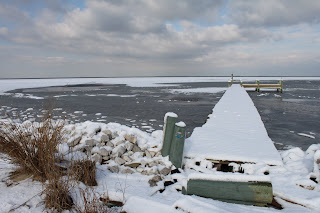 How can I express the magic of the Tangier Sound or the enchantment of indrawn tides? What words can describe the grace of the cormorant as it swoops and dives around the pilings, then perches on the tallest one, putting itself above all the other birds? Where do you begin to talk about the great marshes that unfold over thousands of acres, where each blade of marsh grass has two colors so that when the wind sweeps across the marsh it's as if the Almighty himself is swiping a divine brush across the land. The marsh is never the same with two glances. It's one landscape that continually changes minute by minute. I fail here in describing the marsh. Suffice it to say that the marsh is poetry...words are pointless. And I'm exhilarated and humbled to be a mere image in that landscape. 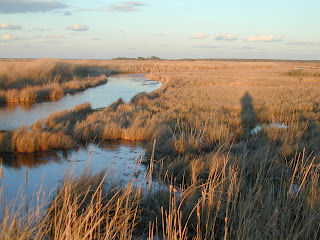 Let me tell you about my commute to work. It takes as long as a commute from Columbia to Baltimore in rush hour, but covers twice the distance, and never slows in traffic. I pass miles of rolling fields and the biggest sky this side of the Appalachian Mountains. I cross four Maryland rivers and witness bald eagles, great blue herons and falcons fishing near the riverbanks. There are stretches of road where the penetration of what must be the eternal world peeps through, for the divinity of a landscape uninterrupted by development - unchanged since ancient times - shows itself, and its nature is mystical.

I traded the rat race for a life of fewer opportunities, but the opportunities I have glisten - all their benefits shiny and apparent.

Those same folks in my community that want to know my business say “hello” and “good-bye” and “thank you.” They are the same people that surprised me by bringing meals to my home when I was injured in an auto accident, and helped repair my barn when my husband was working in Kansas for six months. The same neighbors who were concerned over the sheriff’s car in my driveway rushed over and lifted a very sick, 180 lb Newfoundland (dog) in and out of my car when I had no one to help get this beloved, furry member of our family to the vet.

Folks in my community ask about my family, and appear to be interested when I give them an answer. They are grateful when I shop in their stores or patronize their restaurants. They show up at funerals and weddings, fish fries and clambakes. They value the company of one another, hard work, and helping a neighbor more than the flash of material possessions. They can find benefit in spending a Sunday afternoon sitting on the front porch with a friend, pondering the tides, the way the crabs are running, the impact of sickness in a family, and what to plant in next year's garden. 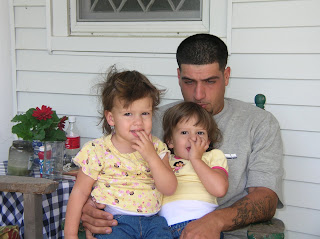 Perhaps my biggest discovery about the people here is that they know what they have. City-dwellers come to the country to vacation and relax, but hidden in the backs of their upwardly mobile minds is a belief that these locals don't know enough to leave, that they haven't seen how the other half lives, and don't know what they're missing. But once you've lived among these people, you recognize the clear wisdom in their uncluttered view of happiness and contentment. You also see their extraordinary - almost sacramental reverence for their land.

Crisfield native Lem Ward - one of the two Ward Brothers of decoy-carving fame, resisted attending a ceremony in New York City that was to recognize his accomplishments in pioneering an American art form. He shunned travel to the Big Apple to receive an award from the National Endowment for the Arts. He was quoted as saying, "How could I leave this marsh?"

The locals know where their treasure lies. Who wouldn't want to live around people like that?

Who would believe as you slink through the distressed towns of Crisfield and Marion Station that these places spawned the father of Maryland University, the Ward Brothers, the founders of Crown Cork & Seal and Del Monte, the only Governor in Maryland's history to occupy all three offices of the Board of Public Works, and a member of Abraham Lincoln's cabinet - and a female member at that? Though the populations have shrunk, and vibrancy dwindled in these seemingly forgotten localities, the bones of the old towns are kept intact by communities committed to preserving heritage and protecting a legacy.

The value that draws the city tourist in for an experience that lasts a day or two, is the native's way of life forever. These local people appreciate the natural paradise around them. They understand the value of knowing who they are, where they came from, and the power of moving forward together.

So why do I live here?

I'm not one of the natives. How could I ever be comfortable living as a "come-here," an implant, a foreigner? Upon reflection, I'm reminded that these native folks were once foreigners too. There's something to be said for the old Indian belief that we belong to the land - not the contrary. The same belief is mirrored in the Celtic view of finding "one's place of resurrection" - where God calls everyone to a specific geographic location where the Divine Presence is felt strongest by that individual. I’m thinking the land chose me.. I didn’t choose it. If that’s the case, I guess the locals will just have to make room.

Does some piece of land - some specific shred of landscape call each of us?

I admit I believe that there is one place on earth where each person belongs... sometimes that place shifts in a lifetime, but if we accept this concept, we feel entirely at home in that place.  We are anxious to return when we're gone for too long. The comfort of relationships and appreciation for the natural surroundings create a kind of benediction that blesses with a silent, but understood welcome. It's a place where the landscape itself holds us - and is much larger than we are.  And it will hold and nurture those that come after us long after we're gone. 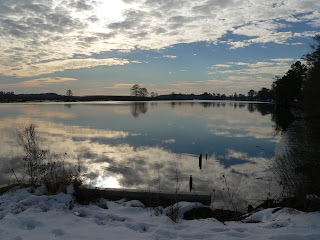 For my grandparents, that special place of belonging was St. Mary's County on the Patuxent River, and for my parents it was suburban Maryland. But for me, it's Maryland's Eastern Shore. No matter where I travel or whom I visit, after 10 days I'm longing for the fields, the rivers, the waterfowl, the marshes, the country roads and the friendly people that know me by name. Every time I cross the eastern span of the Chesapeake Bay Bridge and land in Queen Anne's County, a nagging anxiousness begins to subside, the pace slows and I settle back into the comfortable landscape of my life. Rather than going "to” somewhere, I feel like I'm entering into something … something that nurtures me, welcomes me, and grips my life in a way no other place has, nor I suspect will.

That, my dear friend, is what compelled me to move here.